View cart “Mother’s Helper” has been added to your cart. 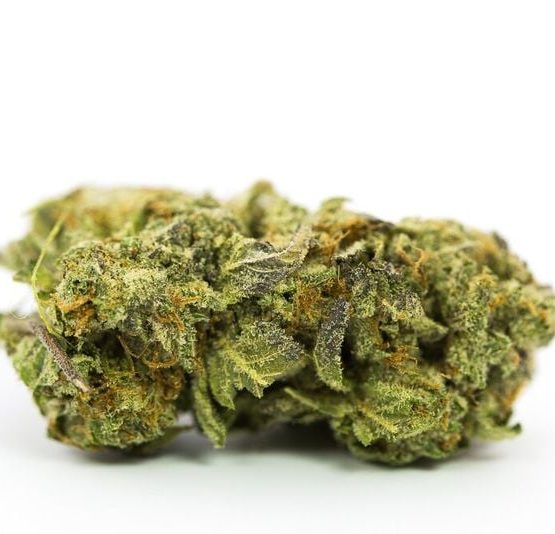 Nebula is a sativa-dominant hybrid strain that’s earned its fair share of prizes. There’s no wondering why: enthusiasts describe its high as powerful, uplifting, and almost psychedelic in its cerebral intensity. Yet, it’s somehow not stress-inducing or paranoiac. In other words, it’s as starry as the name suggests. At 16-20% THC, this plant is powerful, but not overwhelming. This makes it suitable for both the expert smoker and the dabbler.

This cannabis has won an impressive number of prizes. These include (but are not exclusive to) second place in the Sativa category at the High Times Cannabis Cup in 2005. Across the ocean, it took home the top prize at Copa La Bella Flor Spain in 2005.

Given all the acclaim, consumers approaching this strain will expect great things. They probably won’t be disappointed. This is a marijuana that borders on the psychedelic. Expect an intense, creative head high, strong visual effects, and a feeling of carefree happiness. And, at 16-20% THC, it’s got considerable power, but it’s not unmanageably potent.

When consumers take in this cannabis, the first thing they’ll notice is a cerebral lift, which initially presents itself as a cheery, expansive thoughtfulness. This continues throughout the high, and becomes an unfolding sense of insight, with some strong visual effects as well: reality may seem bright and cartoonish.

It could be described as cosmic, as per the strain’s name. Consumers don’t tend to feel paranoid with this weed, although they do often feel carried away by their imagination. The strain deals capably with stress and unhappiness. Yet, although there are appetite boosting effects, and some warm tingles, it’s primarily not a stoney body high.

This weed is widely available in shatter form.

This weed tends to form dense, pinecone-shaped buds, of a dense forest green color, with rusty orange pistils. Often, these flowers are covered with clear, twinkly trichomes: another way in which this marijuana resembles its namesake.

The aroma is a more pleasant version of a classic skunky weed smell. Expect a fruity sweetness and a lovely damp earth smell offsetting the standard pungency. Upon being ignited, this weed’s smoke is smoother and sweeter than expected.

Be the first to review “Nebula” Cancel reply 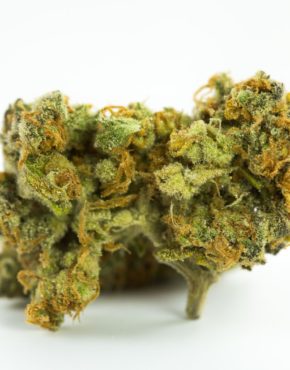 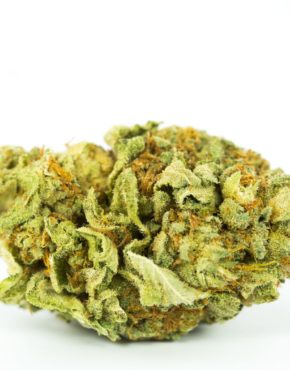 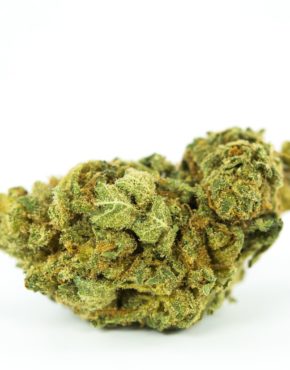 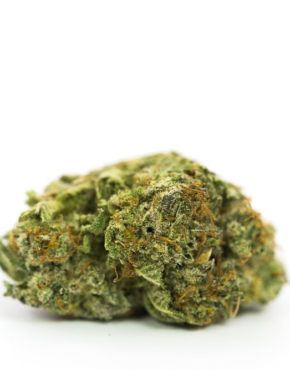